East Lancashire Railway contacted myself to help them create the mascot for the new Kids’ Club. They ideally wanted a station cat which could be turned into colouring books, stories and puzzles for the children as well as the life sized mascot and webpage.

After initially sketching out a couple of choices of cat types (bearing in mind that the main deliverable was a fully wearable mascot) East Lancashire Railway decided on one chosen sketch. I took the sketches and converted these into a turnaround illustration for the mascot company to use as well as detailing the outfit as well.

East Lancashire Railway achieved their deadline of getting the mascot made and delivered in time for the launch of the Kids’ club at Bury Railway Station and had a competition to allow children to come up with the name “Buffers” and I went along to see it in action.

You can become a member of the kids’ club at www.eastlancsrailway.org.uk

Here are some images from the day. 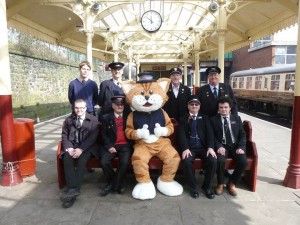 Buffer and the railway team. 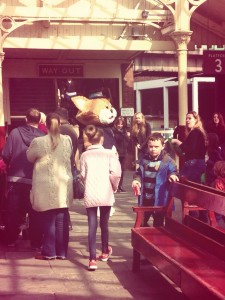 Buffer mingling in amongst his fans 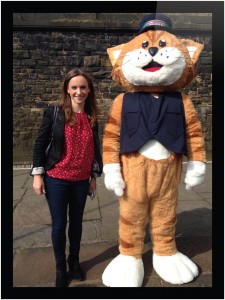 Me with Buffer the cat.